Just Me and a Fox on a Rainy Saturday Morning

Every year I make a list of various wildlife I'd like to photograph. Most years I'm fairly successful. But there's one animal I've had on my list since I picked up a camera and that's a fox. I don't know why but I've always thought of foxes as my animal kindred spirit. Some people pick lions or bears or eagles but not me. Maybe it's because we are both gingers and understand that sometimes life ain't easy for the ginger. Or maybe it's because I like to wink at people and tell them, "I'm crazy like a fox."

Whatever the reason might be, when I saw one driving home from yoga class early Saturday morning, I almost lost my shit. Yes, yes, every time I see an animal on "my list" it's exciting but this was different. You see during the past 17 days my house has been "sold" twice (remember we are moving to Australia) and both times that "sale" has fallen through. Not only that but in the middle of all this my husband, Marcel lost his job, "due to market conditions". So to say that stress levels have been at an all time high in my house would be an understatement. So when I saw this fox at the edge of a clearing, it was like a sign. I pulled my truck over to the side of the road, put it in park, and slid over to the passenger seat. I reached behind the seat to grab my camera, my hands already sweaty because I was soooo excited finally something positive was happening!

Yeah.... I spoke too soon. My camera bag wasn't in my truck. So here I am on the side of the road, too scared to drive to my house (which is about 5 minutes away) and grab my camera, to come back and shoot. Because lets get real for a second, if I take my eyes off him, he'll disappear and the magical moment I've been waiting for won't happen. So I grab my iPhone and start shooting because I'll be damned if I'm not going to get at least one shot. But it's starting to rain and no matter how bright I try to make my image the fox just looks like an orange blob.

I do what any wife would do in this situation, I call my husband and start yelling, "There's a fox and I don't have my camera!!!!!! So you need to get off your butt and bring me my camera. Like NOW!!!!!!!" Did I mention at this point I'm basically in mass hysterics? I mean the tears are flowing down my face and I'm talking at a million miles and hours. But Marcel isn't at home. He is about ten minutes away with his friend Steve, who is trying on clothes for his up coming wedding. I proceed to sob loudly into my phone begging Marcel to figure out a way to get me my camera because I can't let the fox out of my site. He tells me to clam down, take a breathe, and that he is going to borrow Steve's car and that he'll be there shortly.

It's going to work out I tell myself, Marcel is on his way. But about two minutes later I watch the fox slip back into the trees. My heart sinks, my stomach turns, fuck why can't I catch a break? I call Marcel back and tell him never mind the fox is gone. As I start to drive away slumped behind the driver's wheel with my shoulders heavy from defeat, my eyes filled with tears, I take one last look back... nothing.

I pull into my driveway and as I walk through my front door, I stare at my camera bag sitting at the bottom of the stairs. I'm not even sure what happened but the next thing I knew, I had grabbed my camera and was half way back down the block. It was like I was filled with this sense of nothing else mattered. All the bull shit over the past two and a half weeks just melted away. I was on a mission and that mission was to get a fox picture. A few minutes later I was back at the clearing.

Breathe I told myself, just be patience and it was like the fox had heard me, because he resurfaced. He saw me and I saw him and we just stood there looking at each other.  Wow! There is just something so deeply moving and peaceful about being in the presence of a wild animal. 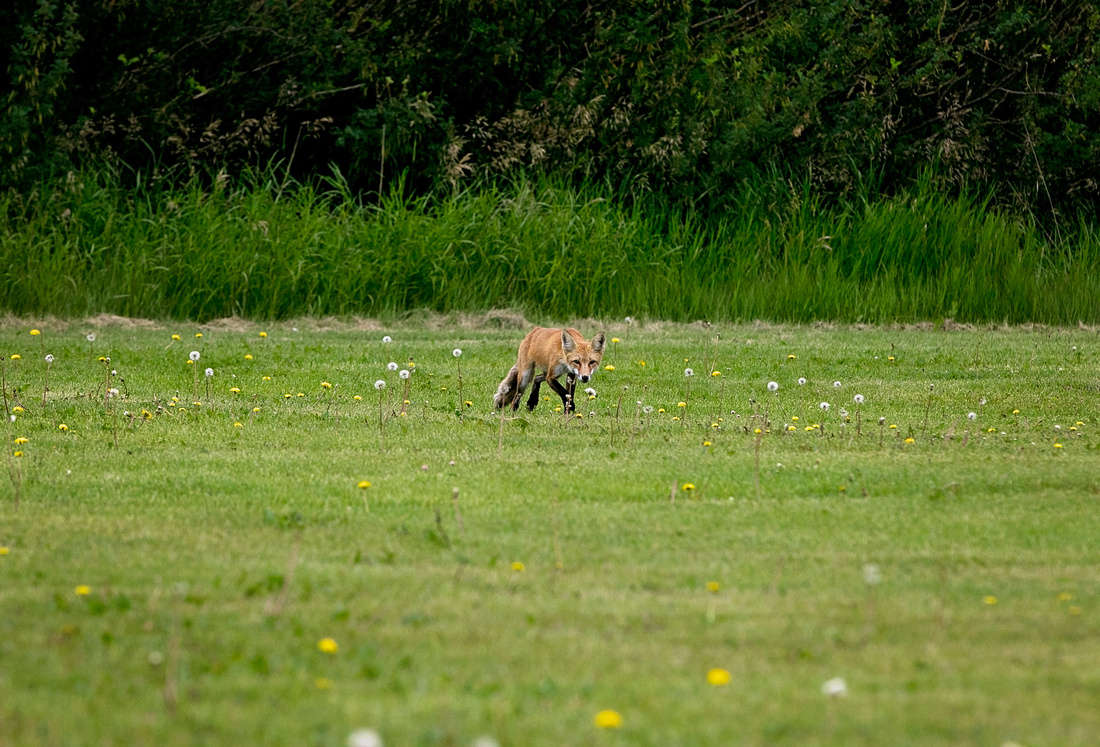 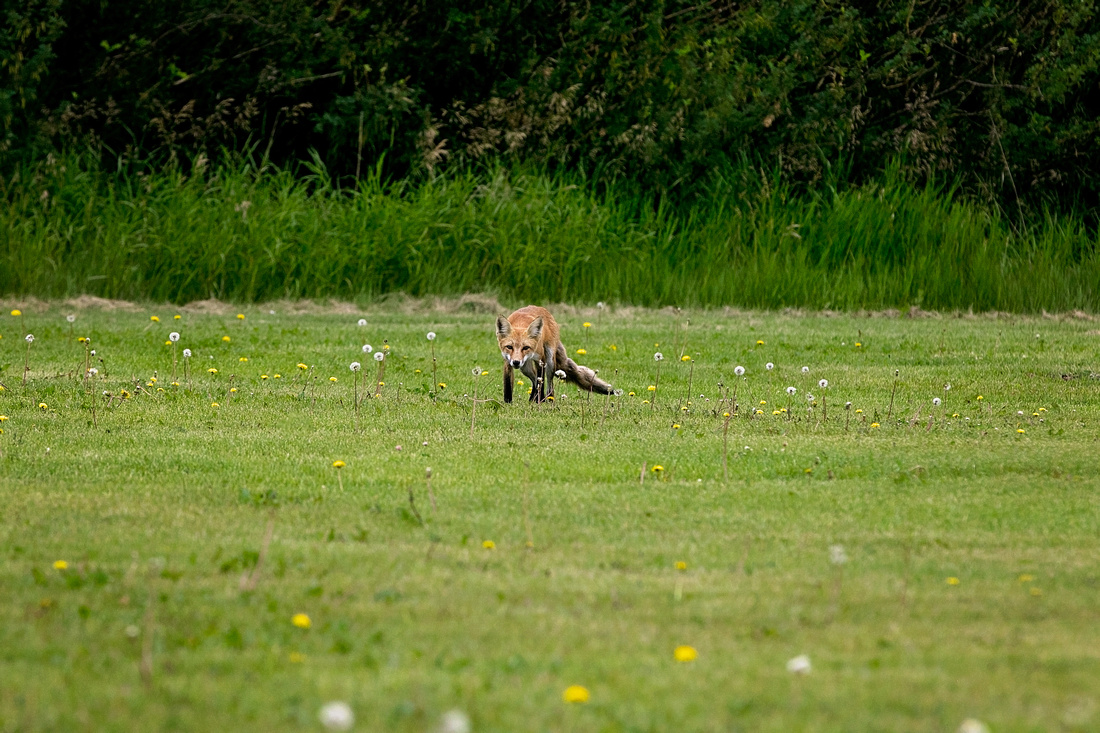 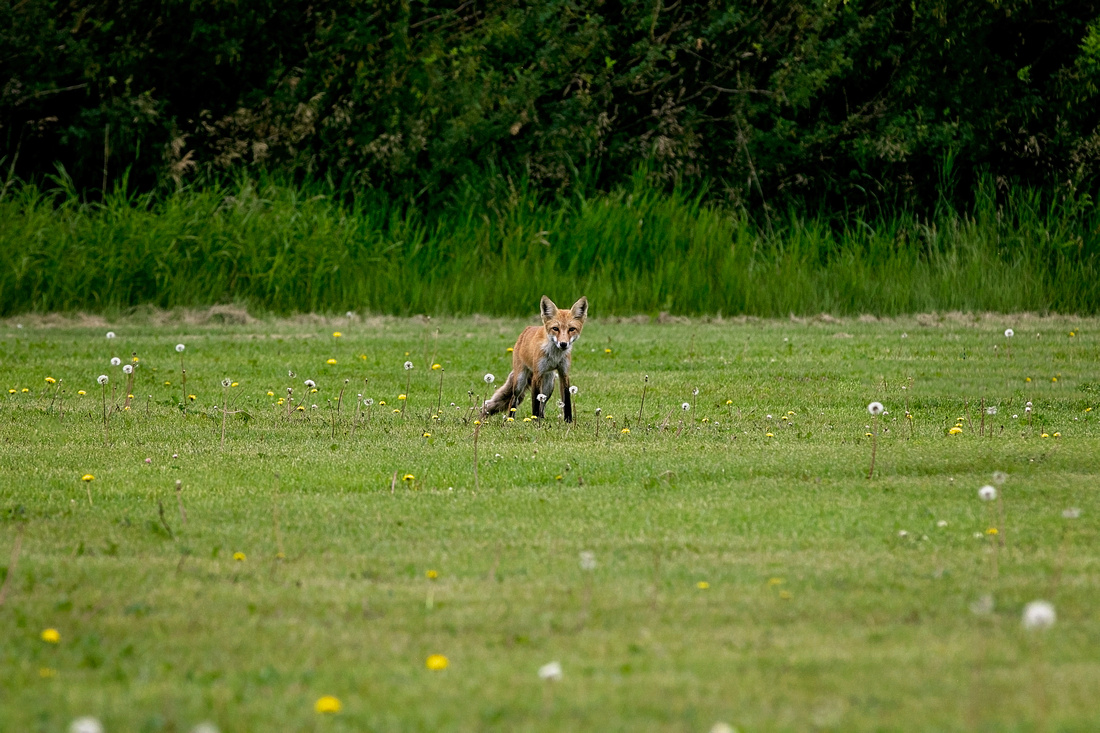 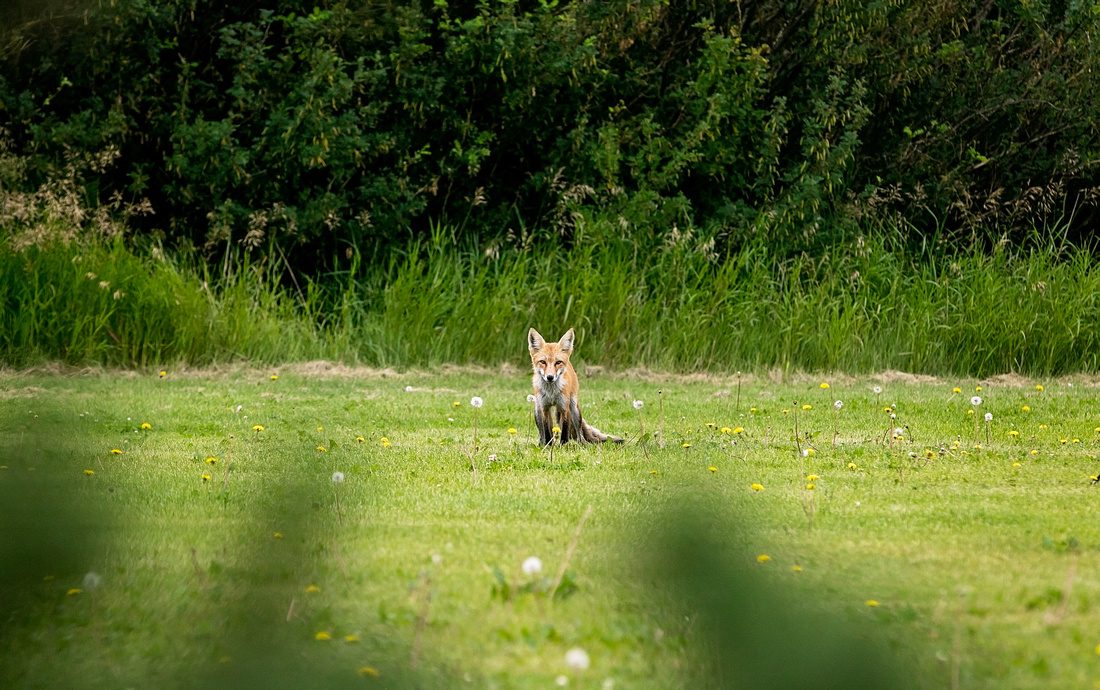 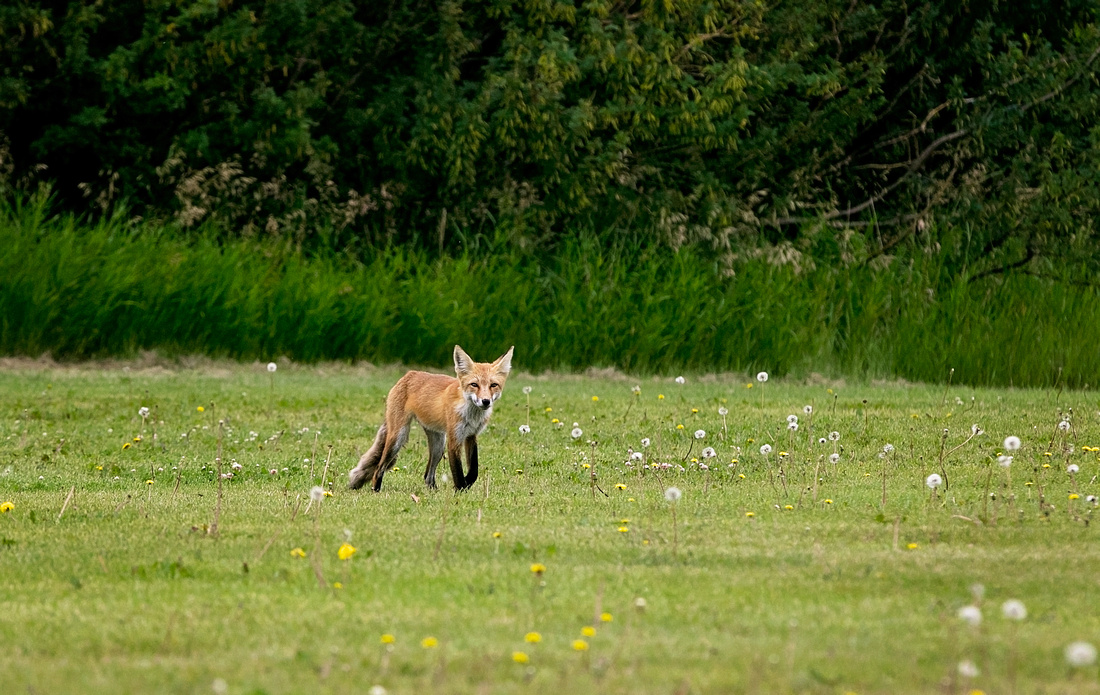 Thank you Mr. Fox for allowing me to check one off the life's to-do list.

(Like what you see? Click on "Prints for Sale" at the top of the page. They're in wildlife!)