It was my last semester at the University of the Incarnate Word in San Antonio, Texas.  I was living on campus and an active member of my sorority, Delta Sigma Delta. The way UIW worked certain classes were only offered every other even year and although I only needed two classes to graduate, in order to maintain my active status in the sorority and continue to live on campus, I had to take a full class load.

My classes that last semester were: Interpersonal Communications, Children's Literature, Theories of Communication, English Literature, Yoga and Gourmet Cuisine. Can you say kick ass schedule? I mean really how could I possibly go wrong when I was centering my chi, reading the first Harry Potter book, and learning how to cook amazing food?

However truthfully, I was full on out of control and in some pretty heavy denial. My father was battling cancer and we'd lost the house. The only place I'd called home since moving from Australia 16 years earlier. My whole world was falling apart and instead of taking some time to deal with things, I bottled everything up and pretended like nothing was wrong. I was spending my nights bar hopping and my mornings sitting by my father's bedside in the hospital.My mind was constantly racing as I was dealing with things that no 23 year old should ever have to deal with, most of which was out of my control.

One of the few things I actually looked forward to that semester was Thursday night's Gourmet Cuisine class, it's where my love for food was born. It took  some convincing of my friends from the Communication Arts department to take the three hour elective class but in my opinion it was totally worth it. The class was from 6pm to 9pm and we would meet before to smoke a joint or two. By the time we made it to class the giggles would kick in and I would forget that in a few short hours I would be sitting in the hospital talking with my dad about "all the things he still wanted to do"... To this day I still use cooking as an escapism. When you're in the kitchen you can't let your mind wonder, if you do you'll end up with burnt pancakes.

​The other thing I looked forward to that semester was Monday and Wednesday's yoga class. I'd never taken a yoga class before in my life but I figured it would be an easy A. However, I struggled so much at the beginning I started to question why the hell I even signed up for it in the first place. But after a few weeks it got easier and easier to not let my mind wonder and to really focus on pushing my body further into the poses.

As I continued to deal with my father's illness and all the revelations that came along with it, I took my yoga practice with me to summer camp after graduating and then eventually to Vancouver. I was practicing so much that at one point I really wanted to be an instructor. But after my father passed away I slipped back into my destructive behavior and within a few months had been headhunted to be a Cruise Director. When I'm getting paid to party, there is no time to center my chi.

Do you believe things happen for a reason? Almost a decade after quitting my yoga practice my life is in total chaos again. Unfortunately there isn't really any where in Grande Prairie that offers the type of classes I like to take. That was until  Oranj Fitness  made an announcement they were coming to town. I was so excited that I signed up for their early bird special. What started out as a simple email about setting up a time to come in and pay for my membership quickly turned into a "we'd love to work with you" email.

I feel extremely blessed to have gotten a sneak peek at their beautiful space before it opened to the public, to hang out during some of their open house last week, and to have been their official photographer for their Largest Outdoor Yoga Class on Sunday. Their team is super friendly and it's such an encouraging environment.

Their motto and philosophy is simple:  "The fitness world needed a place where "you can be you;" the kind of place where everyone knows your name and welcomes you with open arms – a place where the status quo is boogying!" 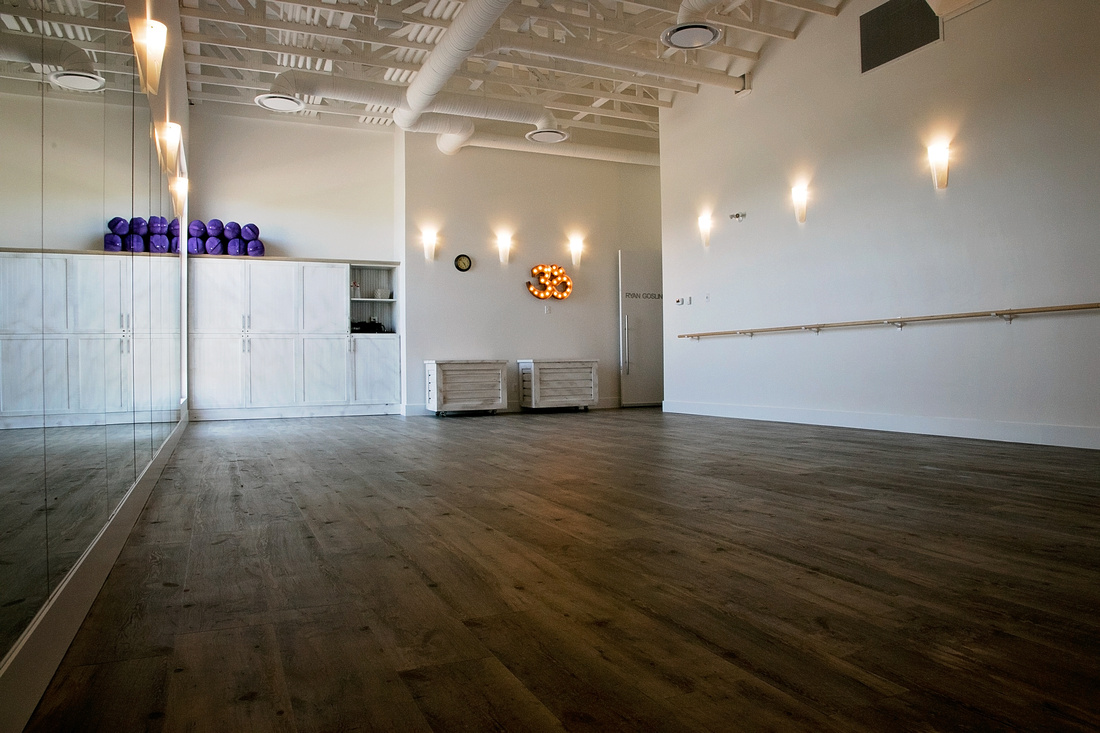 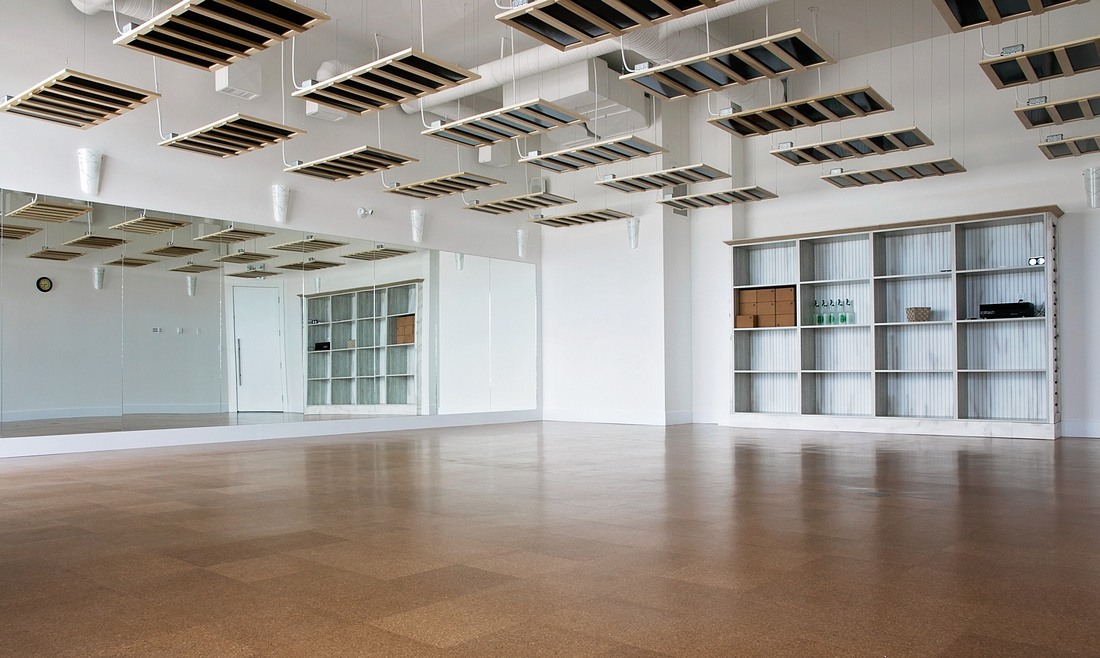 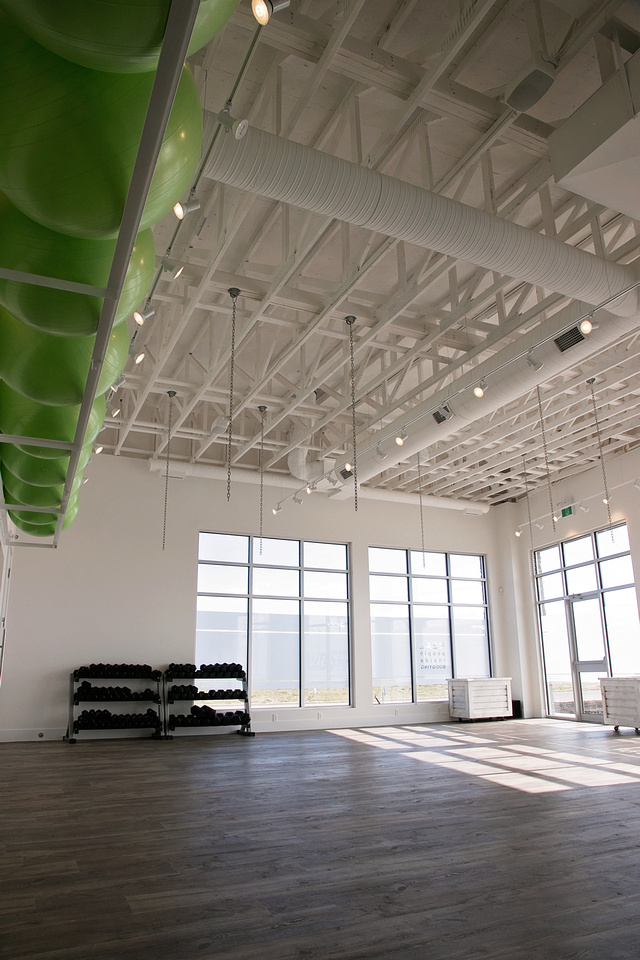 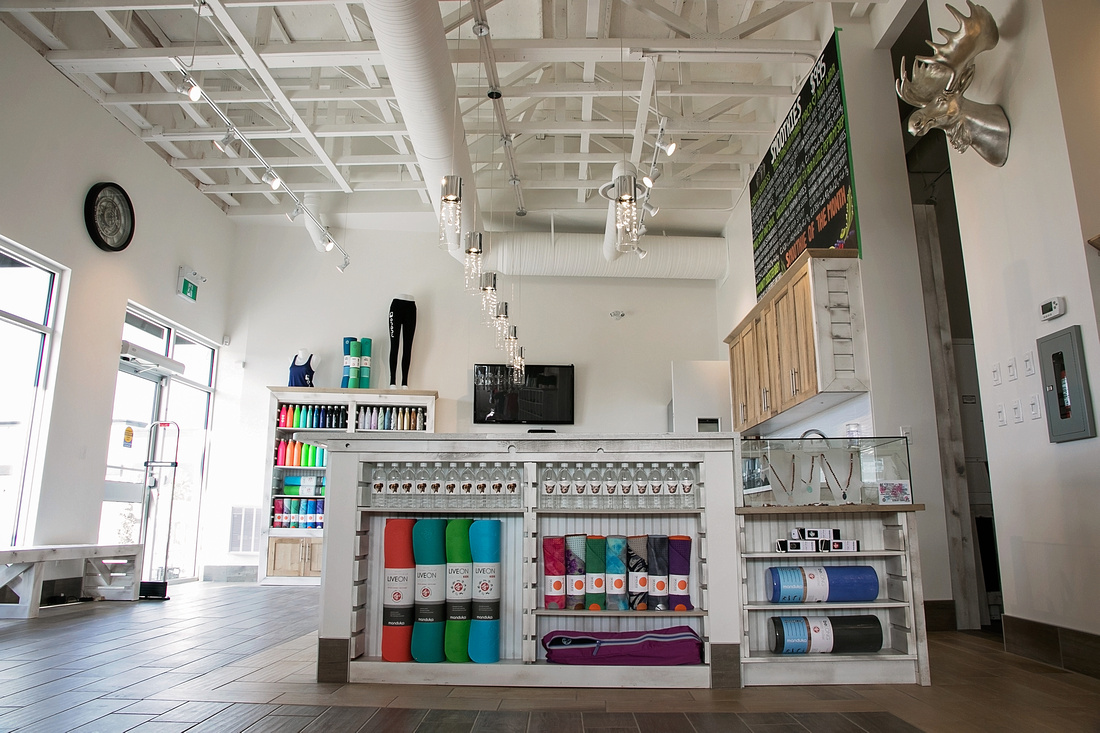 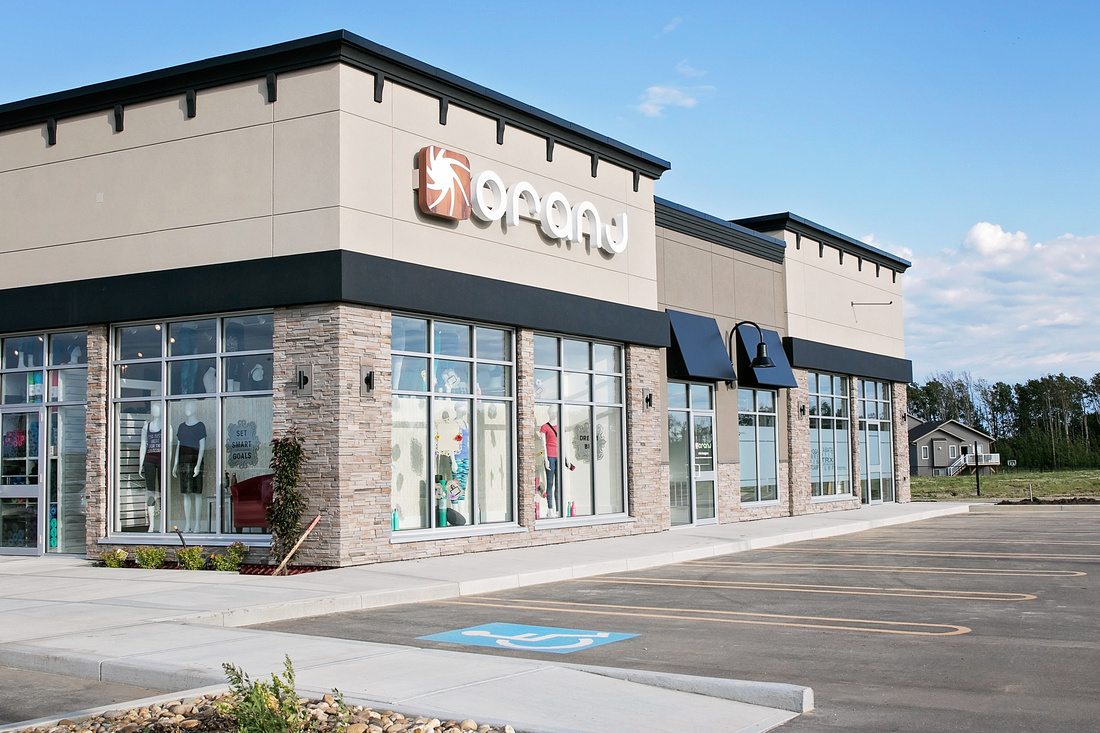 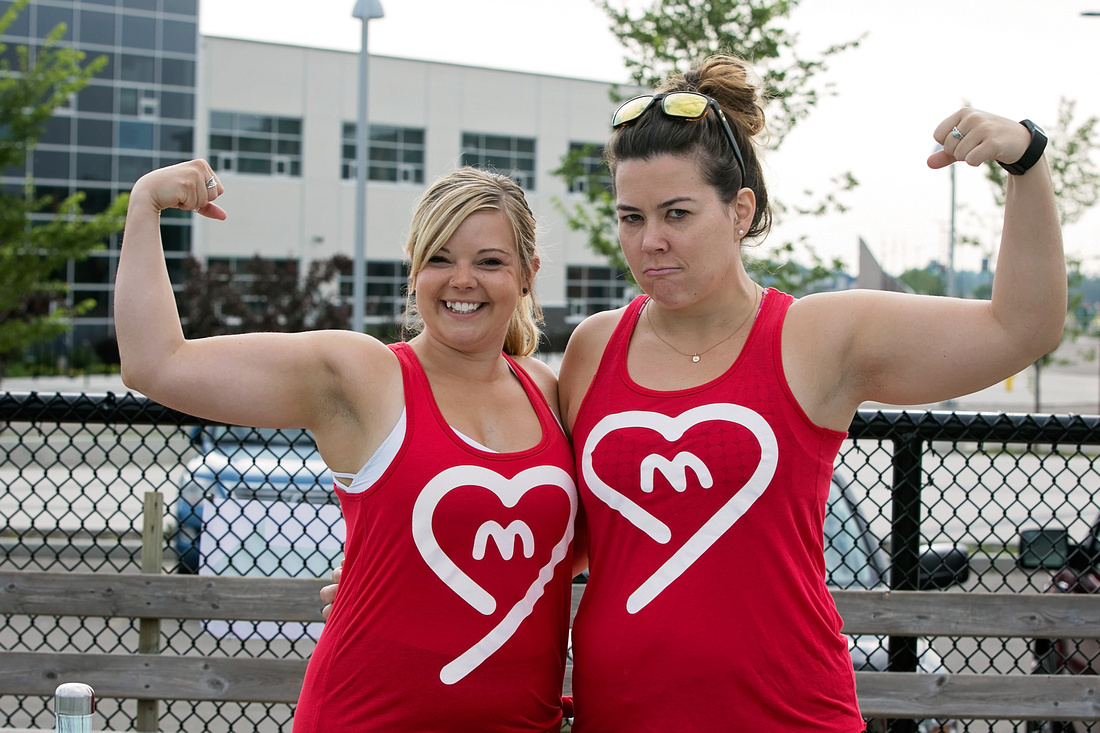 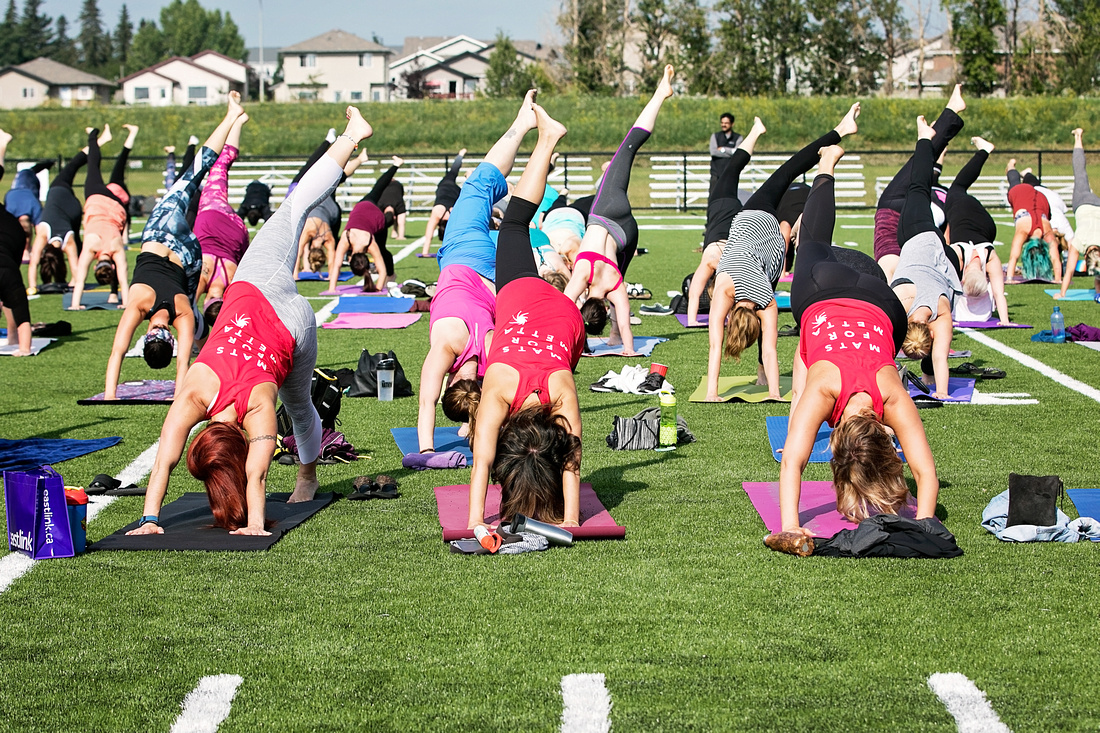 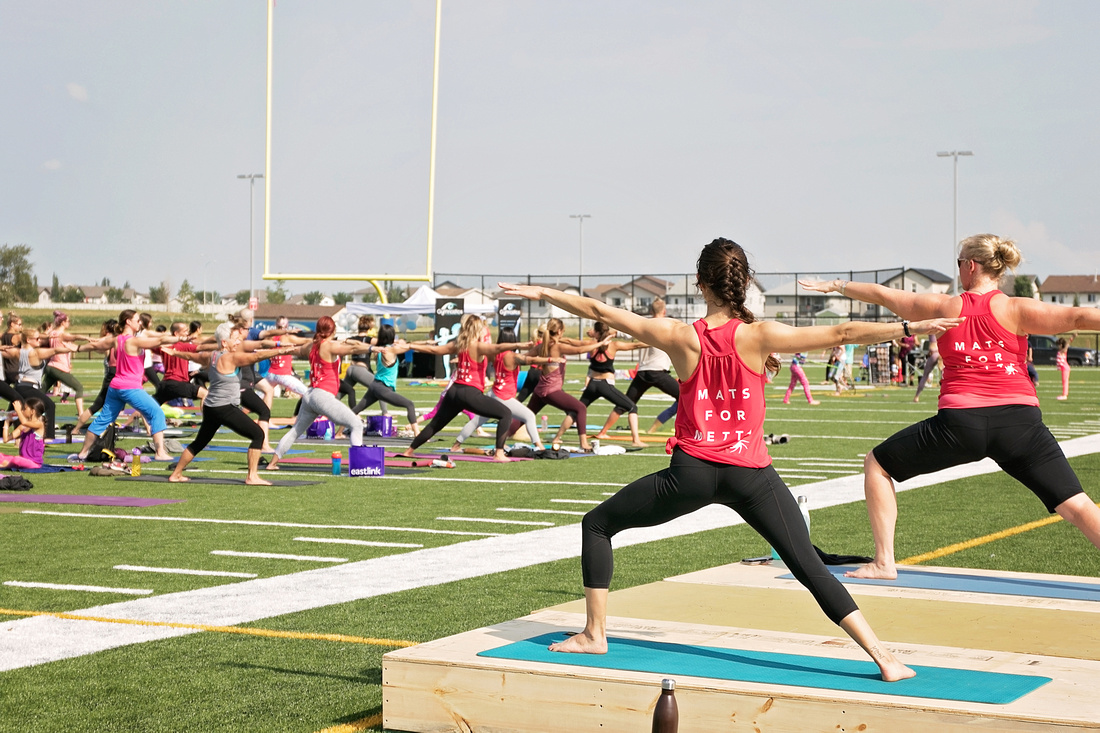 I've taken four classes already and have signed up for my fifth this Friday. It's called Hot Yoga Barre and it's so awesome, I totally recommend you check it out. Maybe we'll even see each other there!