A Rainy Day at the Derby

The Alberta Derby was held over the weekend in Grande Prairie and even though it was raining that didn't stop us from attending for the second year. It's a family event that starts off with brunch at 11am and then horse racing begins at 1pm.

We arrived around noon and there was already a buzz in the air despite the rain. After enjoying our brunch Marcel, my husband, and Matley, our six year old, picked up a program and we made our way over to the paddock to start checking out the horses for the first race.

Here's the thing, I know I said this was our second year going but I don't have a clue how horse racing works. What little knowledge I have about horse racing comes from getting trashed at Retama Park on $0.50 Fridays while I was in university well over a decade ago. (Ah, the good old days when you could show up with $20 in your pocket: park, have a couple of hot dogs, several beer, place a few bets, and even if you didn't win anything, you could still walk out of there with a few dollars left in your pocket.) Seriously when I open the program all I really know is that the horse's names are in capital letters and bold print. So when Marcel and Matley started talking about their "strategy" I figured I would just go with the flow.

"I like that guy over there," said Marcel. "He just pooped so he is going to be lighter, so that must means he'll run faster!

"Are you serious dad?" responded Matley. "I like the number six. He is pretty jumpy. That means he is full of energy!"

After some arguing over the matter the boys decided to go with number six, Colorful Gabby. I tried to warn them that it probably meant something that the horse's name was "Colorful" Gabby and its jersey was black but neither one wanted to listen. So we placed our first bet, Colorful Gabby to Show (show means to finish in first, second, or third place).

The horses start to line up at the gates and we take a spot along the fence line, close to the finish line. We can see that there is commotion going on at the gates and what do you know? Colorful Gabby has thrown her jockey before even getting into her gate. I look over at the boys trying to contain my giggles and say, "Better luck next race boys."

The second race they stuck with the same strategy and lost again. While standing at the paddock checking out the horses for the third race Marcel decided we needed to try something different. He has a friend from high school named Gabe. Gabe is one of those guys that if you ever got into a betting situation, you would ALWAYS bet on Gabe. So using this logic we bet on Gallant Gabe to win. Now I don't want to take away anything from Gabe and the logic used to place this particle bet but... Marcel and Matley love cars and I thought for sure they would want to bet on Another Gear.

"Boys did you see that one of the horses is named Another Gear?" I ask.

Neither one seemed to care, both positive that Gallant Gabe was the way to go. He lost, Another Gear won.

Feeling very discourage Matley was ready to call it a day. It was staring to rain a little heavier and after three races, only one of our horses had actually finished a race. But Marcel insisted that we stay for one more race and use the same strategy again and "bet on General Gabe in the fourth to win." It was at this point I decided to take over the betting, simply telling Marcel his "strategies suck ass" and it was my turn to pick a horse.

Without even walking over to the paddock I placed my bet, Majorca Gold to Show. My logic... The horse was wearing blue and blue is my favorite color. I don't want to brag or anything but... We won that race!

Of course after winning Matley's attitude had changed and now he wanted to stay till the very end.

We managed to break even in the betting department that day and even though we were soaked by the end a good time was had by all. 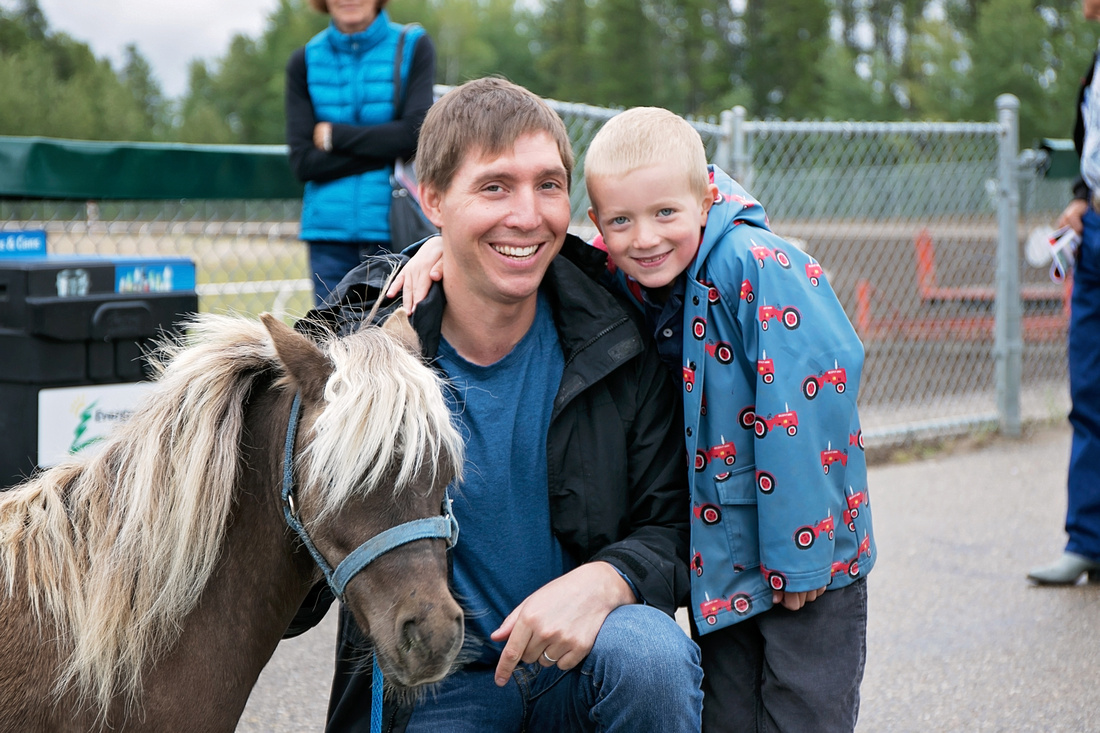 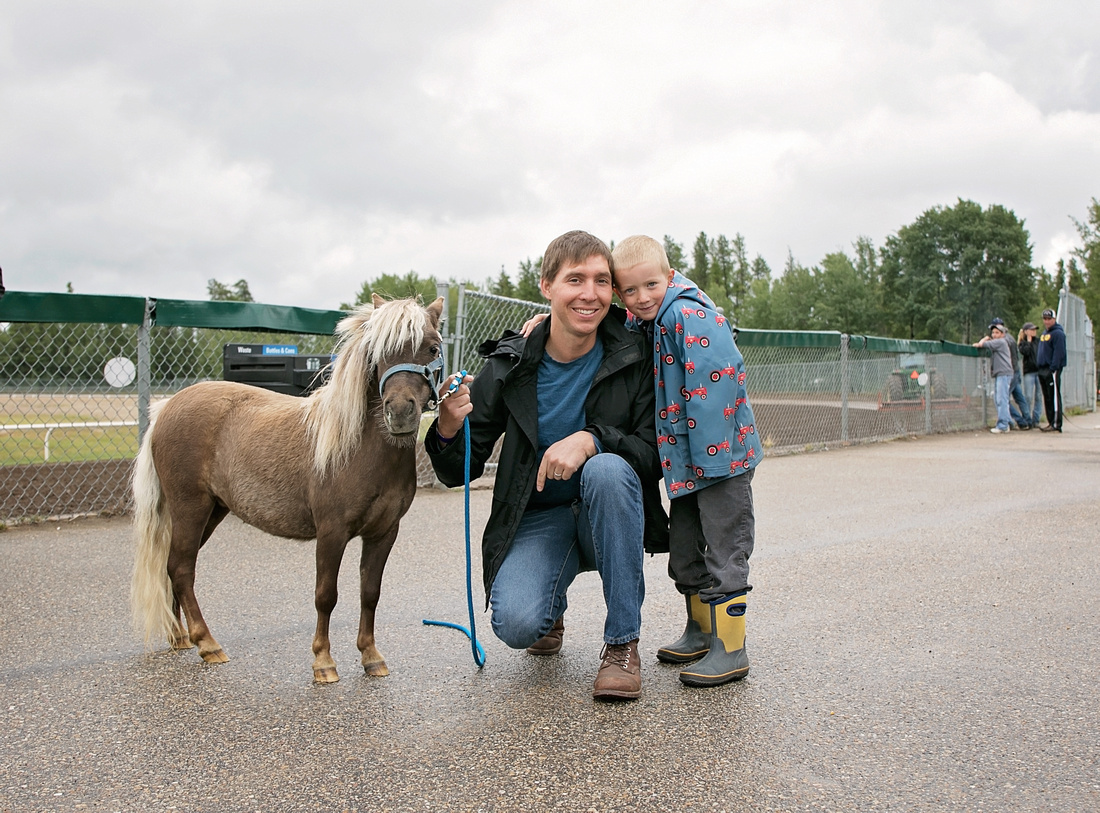 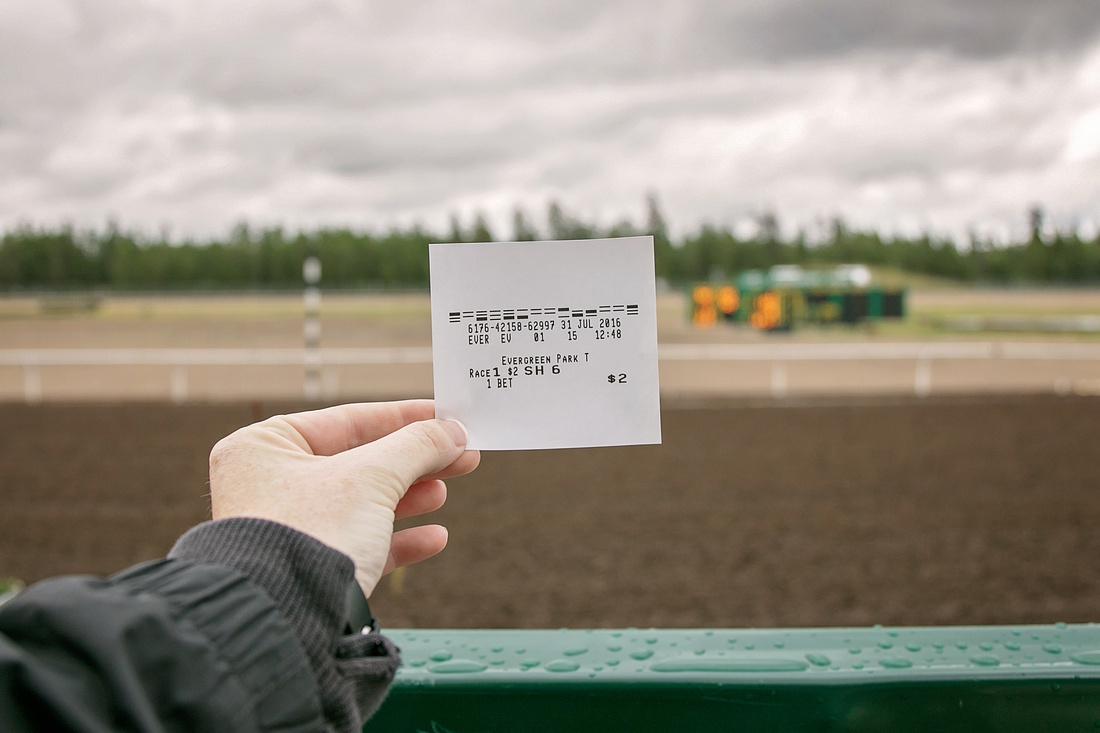 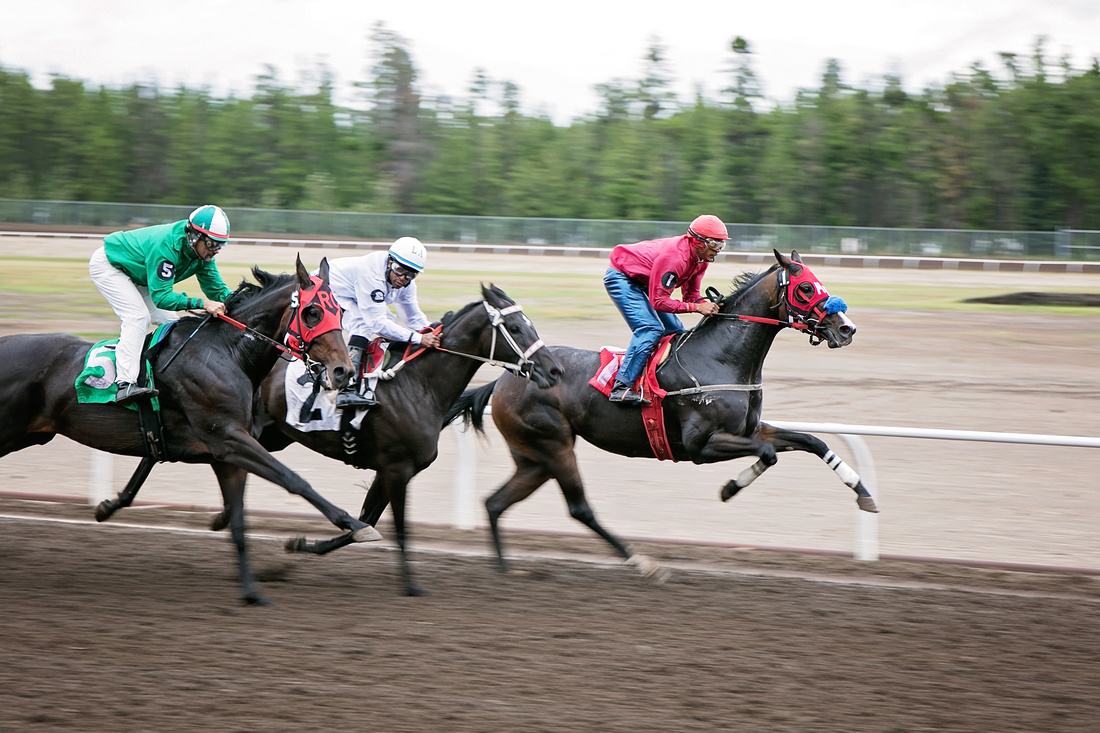 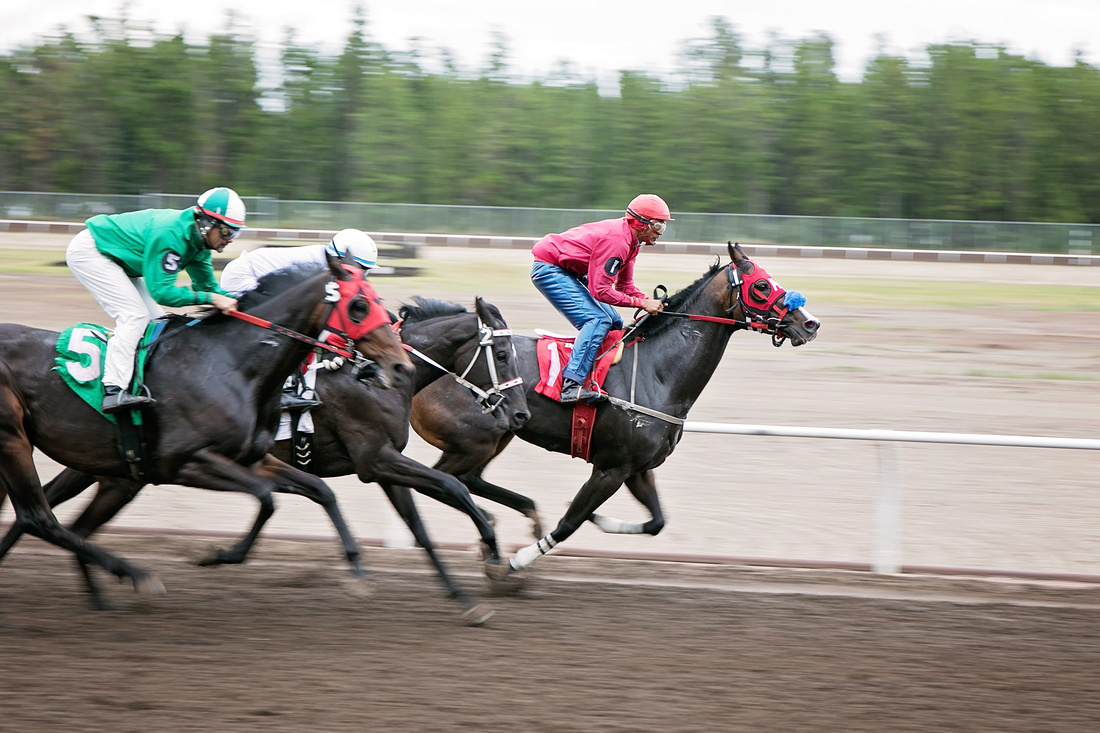 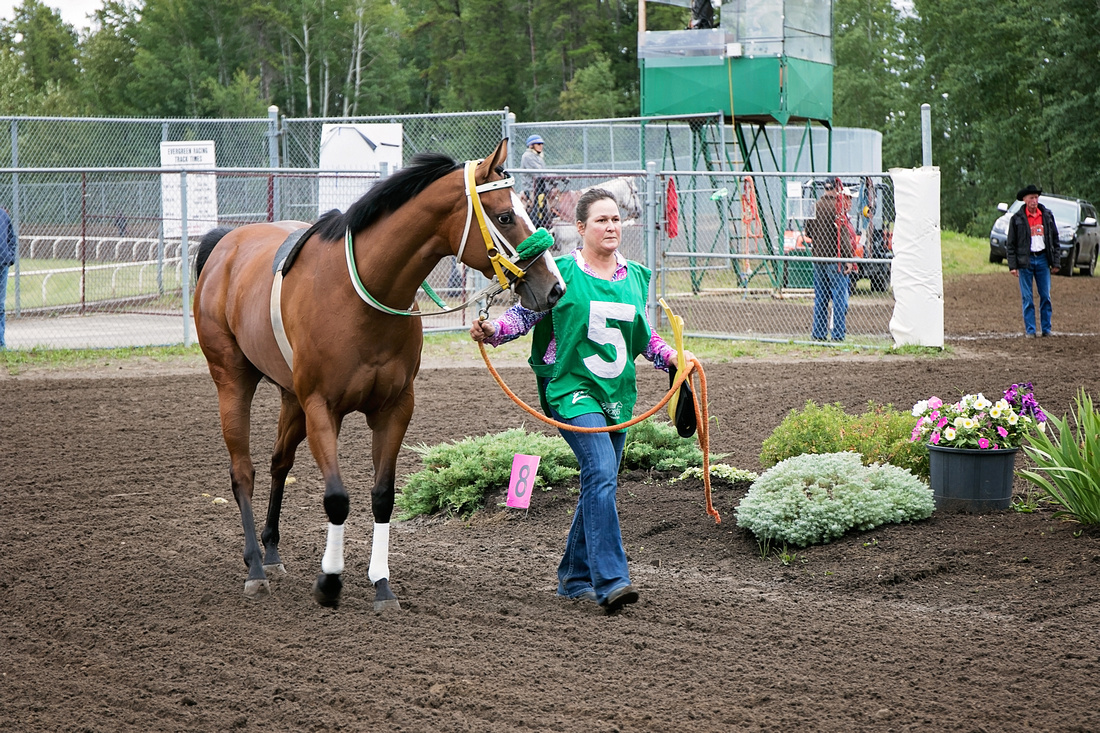 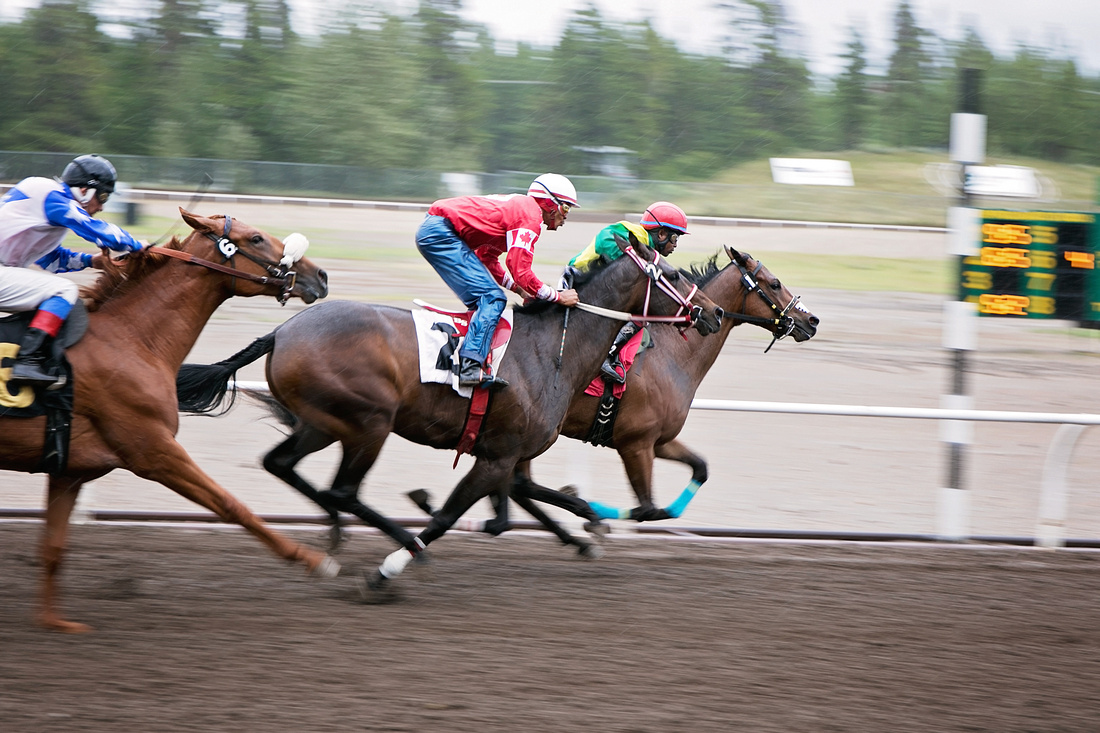 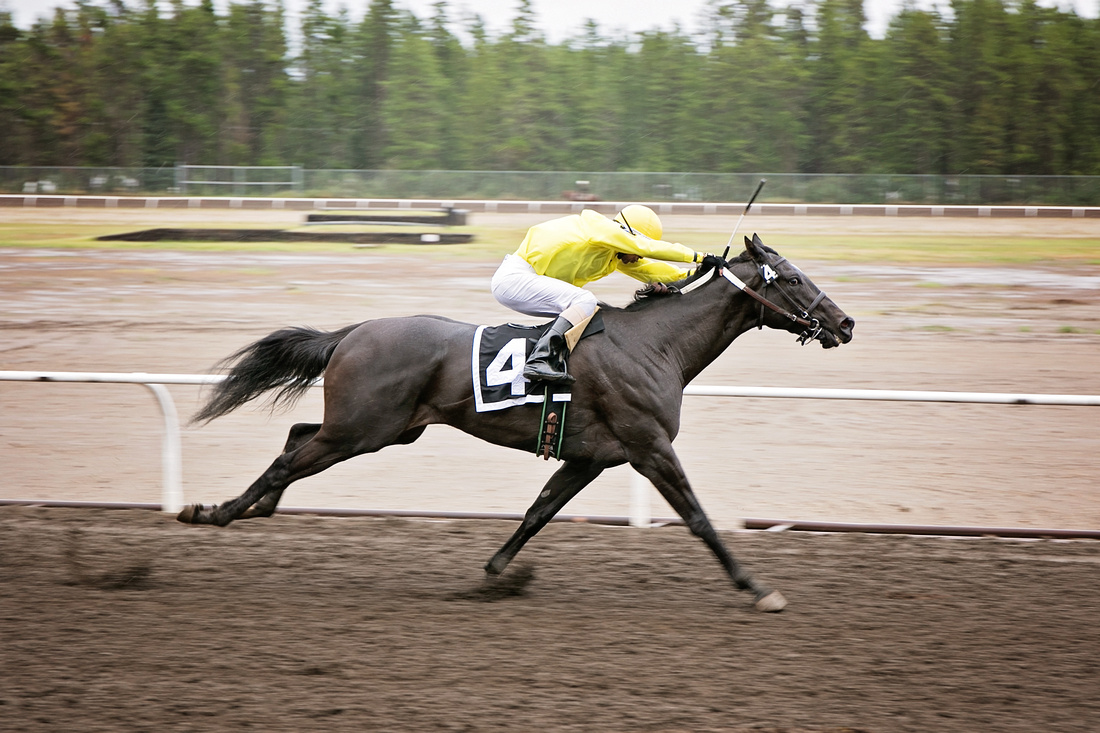